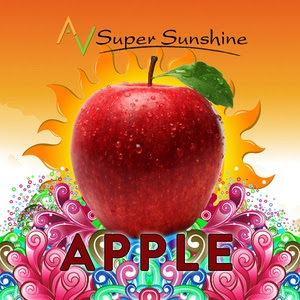 Genre Dance - EDM Location United States Label Victor House Records Website Click Here Songwriter/Publisher AV Super Sunshine & Jordin Baas (aka Elroy Jordin) AVM Music Publishing AV Super Sunshine’s new single “Apple”has a dynamic, jangling pop/rock edge, with a calming message that includes the lines “go walk the morning dew/have a ray fall on you”and “new day will come/sunshine for everyone.”  In the song’s lyrics, the apple is portrayed as a symbol of peace, a new day, a new beginning, a chance to do your best and enjoy this awesome adventure called life. Written at a time when AV was beginning a recovery and reinvention process, the artist remembers, “I felt strangely unworthy and couldn’t relate to my old life.  When my band mates started calling me AV SuperSunshine, it felt good.”  AV Continues, “I was finally ready to say goodbye to the feelings I was experiencing.  I wanted a song that got back to how I felt when I was young. Inspired by a song from the Sound of Music, a movie I watched as a child, the song is a search for a place with no worries, no cries, a place where there is only apple in your eye.” “Apple”is from AV Super Sunshine’s upcoming “Candyland”album release of which a CD of mixes titled “Candyland Remixes Volume 1”is retailingsoon. This new disc includes pop radio mixes of the AV’s dance club hits “Apple”, “Orange”and “Time Bomb.”  AV laid the foundation for the epic Candyland project by working on previous electronic pop/rock recordings with hit maker Michael Bradford. The 2016 AV-Bradford CD collaboration, ”Bass Face”, along with the 2017 follow up “Bass Face Remixes”, yielded five crossover club hits and three dance club hits. Keeping with that formula, Bradford is working on more pop radio and dance mixes from more of the studio recordings of Candyland. Discography AV Super Sunshine’s “Baby Goodbye” was released to CMJ radio as a single in July 2015 and with grass-roots fan support hit #7 on Billboard's Hot Singles Sales chart in October 2015.  It was followed by “Just Like Kurt”, a Kurt Cobain tribute EP (CMJ Top 100) in October 2015 and followed in May 2016 by a “Baby Goodbye” CD (CMJ Top 100) which spent 21 weeks on the CMJ radio chart. In October 2016, Bass Face, a collection of radio friendly pop-rock-art songs produced by legendary hit maker Michael Bradford was released to Triple A, Alternative, CMJ and Pop radio. After several of the album tracks showed up on the global indie crossover club charts a CD of dance remixes entitled “Bass Face Remixes”was released in 2017 which produced three number one dance and crossover hits, “Baby Goodbye”, “I Am Alien”and “Smile”. For 2018 a new collection of pop and dance mixes entitled “Candyland Remixes Volume 1”is being completed. The first three sets of Candyland mixes (of the songs “Time Bomb,”“Apple”and “Orange”) each hit #1 on the Starfleet crossover and dance club charts. Their pool director reported that a record 48,000 DJs had downloaded them. “Time Bomb”was subsequently released to radio in September 2018 and has charted “#2 on the Euro Indie Music Top 200, #47 on DRT Global Pop Airplay Top 50 and #93 on the DRT Global Airplay Top 200.