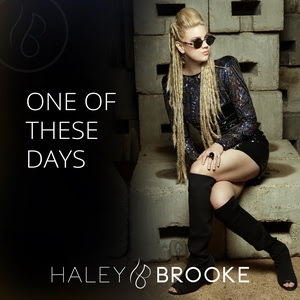 Genre Adult Contemporary - Pop Location United States Label Indie Website Click Here Songwriter/Publisher Haley Brooke / BMI Haley Brooke was born and raised in Shreveport, Louisiana where she grew up singing gospel music in church (largely responsible for her soulful sound). She began playing the piano when she was six and has been writing since she was ten. Being able to write her own songs is something she values highly and has been an amazing outlet for her. Music is and always has been an important part of her life. Her smooth, soulful voice and her ability to cause the listener to feel what she is feeling is why she stays booked year round. She began performing professionally at the end of 2013 after working with a renowned drummer/producer, and, since then, she has been blessed to work with some of the elites in the industry (Bernard Fowler of the Rolling Stones, audio engineer Chris Bell, producer Danny Sabre, guitarist Johan Carlberg, songwriter Michael Garvin, etc.). Over the past four years she has had the incredible experiences of recording in Los Angeles, CA and Stockholm, Sweden. She released her first single, “Where You Are,” in October of 2017 and released her second single, “One of These Days,” in December 2018. This January (2019) she begins recording for her next project, for which she will be working with writers based out of Nashville.

Between the two of them, ‘Megan and Shane’ Baskerville have played just about every kind of American music you can imagine. Born in Wisconsin and based in the Southwest—with a lot of rambling in between—they’re veterans of punk scenes, bluegrass circuits, ska bands, even hip-hop acts, all of which informs their work with the School of Rock franchises they operate in Arizona. Discover ‘Scars’ the January 21st in Formula Indie

‘The Last Goodbye’ is ‘Nadia Moon’s third and final single to be released from her upcoming EP, due early February.Powerful and theatrical in aesthetic, this modern tango speaks of the emotions and afterthoughts of a break up, which could be interpreted into any variety the listener decides to hear it as. Discover that the January 21st in Formula Indie

‘Demons’, the third single from ‘Muscular’, was released on Black Friday, 26th of November (2021). Demons is an electronic pop song with synth heavy arrangement and original female vocals. Discover that the January 21st in Formula Indie