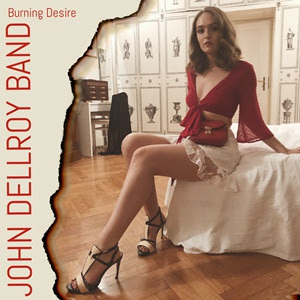 Genre Rock, Folk, Country and Folktronica. Location Austria Label Rossori Music Website Click Here Breaking Down Musical Borders: John Dellroy Band Mixes Genres and Crosses Countries With songs like 'She' and 'A New Life has Begun', the John DellroyBand is redefining 'alternative' so audiences dance to sounds of rock, folk, country and folktronica. When the John Dellroy Band cranks it up on stage, audiences are treated to a melodic onslaught. "We rock, but with folk and electronic influences, and the melodies are designed to let you hum along immediately and even sing with us after you hear the hook just a couple of times," states lead vocalist John Dellroy. "It is so exciting to be able to play in this band," Dellroy states, "especially the way the guys can blend hard rock with electronica, intricate vocal harmonies, and even a touch of country now and then." Their sound has been described as a combination of "intimate and gritty." Their first full-length CD, "A New Life Has Begun," was released in 2013 on Poolman Records. The 11-track album has seen a radio edit of "Time" achieve very strong download action in Austria, including #1 at Musicload. With their single “She”, an impressive collaboration with Grammy® nominated Peter Roberts, a multiple award winning songwriter and producer, the Band had airplay on more than 150 radio stations in the USA. In May 2015 they broke FMQB top 200 charts, with peak position #27 in August, 2015. In 2017 and 2018 the Band had highly-acclaimed open-air performances at Wolkenturm Grafenegg and Danube Island Festival (“Donauinselfest”) in Vienna, Europe's biggest open-air event. Currently John Dellroy Band is working on a new album, again in collaboration with Peter Roberts. First single is Burning Desire. Theirs is a total commitment to music. As Dellroy states, "Life without music is an empty, soulless place." ABOUT THE JOHN DELLROY BAND: Formed ten  years ago in Europe, the Austrian/American/Australian group consists of John Dellroy on vocals, acoustic guitar, and harp; Franz Königshofer on electric guitar and backing vocals; Daniel Salecich on violin, keyboards, and backing vocals; Peter Völker on bass and Mike 'Drummer' Pawlowitsch on drums and percussion.