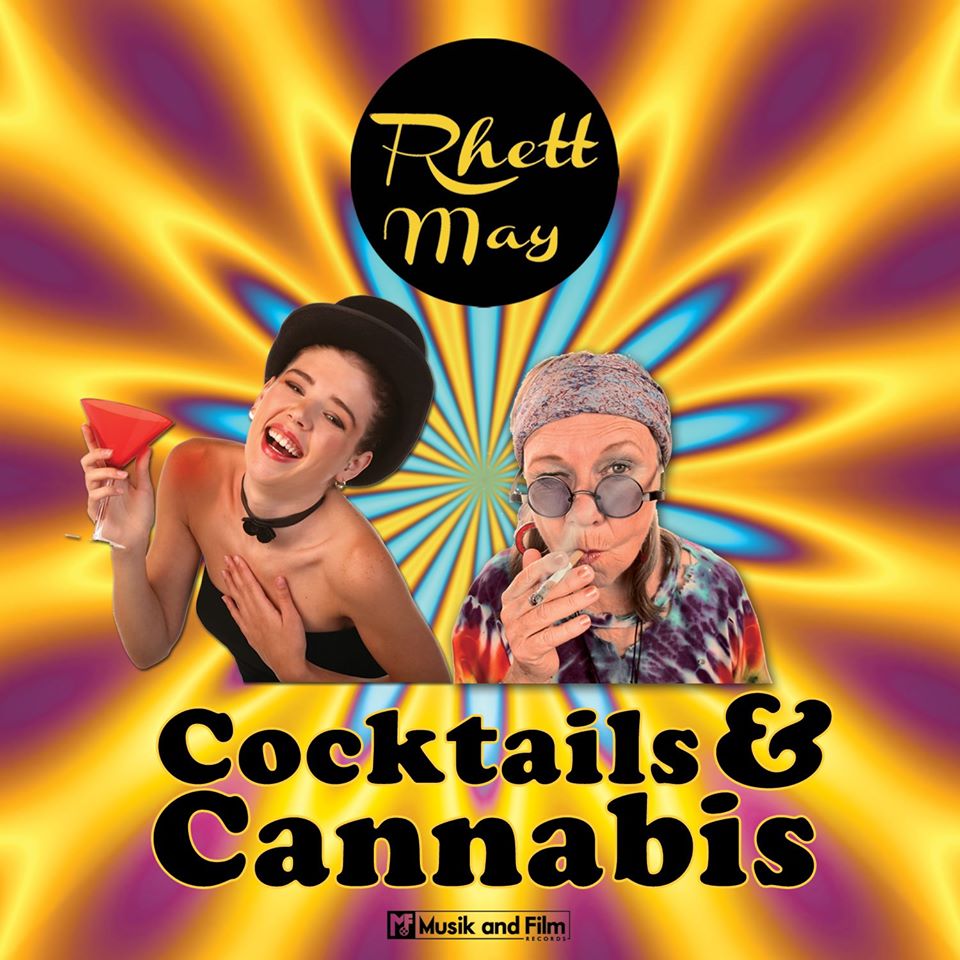 http://www.rhettmay.com/ Cocktails and Cannabis Music Video Hottest New Official Music Video by Rhett May Black Rock Melbourne, Australia. (C) 2014 Rhett May Please Like and Subscribe here https://goo.gl/vMkqxy Follow Rhett May on Twitter http://twitter.com/rhettmay Like Rhett May at Facebook http://facebook.com/rhettmaymusic Support Rhett May at iTunes https://goo.gl/7jsMk0 Listen To Rhett May at SoundCloud http://soundcloud.com/rhett-may-music Number 1 on ReverbNation http://www.reverbnation.com/rhettmay Rhett May Official Promo Rhett May Music YouTube Channel Australia. Rhett May Black Rock Melbourne, Australia. (C) 2016 Rhett May Out of India to “Oz” The Journey of Rhett May What does a cup of coffee, the Himalayan Mountains, and tracks left by creatures called “Wooly Bullys” have in common? Easy, Rhett May! So, immediately you think Bigfoot or Abominable Snowman, and huge tracks left in the snow, right? Not exactly…These Wooly Bullys did exist, and the tracks they've left behind are musical tracks. See, Rhett May is a seasoned musician whose first band was named The Wooly Bullys. He's not as elusive as the legendary Bigfoot;however,he has left musical footprints that lead out of India - to his current home in Australia, kindly known as “Oz.” Rhett May owes his rare musical sound and style to the unique environment that he grew up in. Born in Calcutta, India, he was immersed in a magical, musical melting pot. Carnatic and Hindustani music and instruments such as the Sitar and Tabla always providing melody and percussion against a daily backdrop of lifting and soaring voices of Ragas. Ragas especially played a vital part of Rhett's musical experience with their series of five or more musical notes forming melody. However, this environment of classical Indian music wasn't the only sounds floating about Calcutta. By the time Rhett had begun boarding school in the Himalayan foothills; western music had also begun an invasion. Rolling Stones, Beatles,Cream, or Jimi Hendrix. Rhett lived the magic of the musical melting pot.Few,if any songwriters and musicians could grow up in such a perfect time and place of musical menagerie. For Rhett May Indian culture and music mixed with that from the west. Rhett is now a resident of Australia…living by the beach in Black Rock…Melbourne. There’s no doubt Rhett May is back to music, and his latest singles...'Cocktails and Cannabis', ‘Insatiable’ and ‘Jenny’… setting fire to music charts across the globe....is the harbinger of a new era in music that is unique and a breath of fresh air !! As one scribe puts it..."It's hypnotic...it's exotic...love songs with an edge that go round and round inside your head....very Haight Ashbury " Cocktails and Cannabis new single by Rhett May off his EP 'Insatiable'

‘High Anxiety’ by ‘Pflames’ is a song that needs to be heard. After everything that’s transpired in the last 2yrs it’s relatable to a lot of people. Discover that the 24th January in Formula Indie

Between the two of them, ‘Megan and Shane’ Baskerville have played just about every kind of American music you can imagine. Born in Wisconsin and based in the Southwest—with a lot of rambling in between—they’re veterans of punk scenes, bluegrass circuits, ska bands, even hip-hop acts, all of which informs their work with the School of Rock franchises they operate in Arizona. Discover ‘Scars’ the January 21st in Formula Indie

‘The Last Goodbye’ is ‘Nadia Moon’s third and final single to be released from her upcoming EP, due early February.Powerful and theatrical in aesthetic, this modern tango speaks of the emotions and afterthoughts of a break up, which could be interpreted into any variety the listener decides to hear it as. Discover that the January 21st in Formula Indie

‘Demons’, the third single from ‘Muscular’, was released on Black Friday, 26th of November (2021). Demons is an electronic pop song with synth heavy arrangement and original female vocals. Discover that the January 21st in Formula Indie