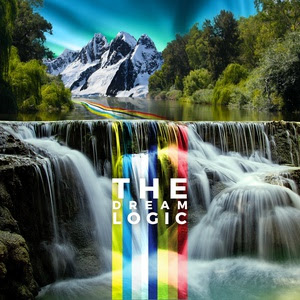 Genre Adult Contemporary - Rock Location United States Label Chaos Music Company Website Click Here Songwriter/Publisher Charles Compo / BMI The Dream Logic is made up of composer and multi-instrumentalist Charles Compo, drummer Camille Gainer and bassist Jerry Brooks. The band was founded in 2012 and released their first eponymous record in 2013, which featured Eric Krasno (Soulive), Vernon Reid, (Living Colour), James Casey (Trey Anastasio Band) and Mark Williams (The Legendary Roots Crew, Kool & The Gang). Since then, they’ve received great acclaim as a dynamic and unpredictable trio who deal in impactful funk rock music. Individually, the members of The Dream Logic aren’t rookies dreaming of the big stages. Rather, they are seasoned veterans who individually have shared the stage and credits with pop, funk and soul superstars alike; playing with artists that range from Alicia Keys and Christina Aguilera, to Roberta Flack and Martha Reeves, and composing for big names such as Camila Cabello, Twyla Tharp and The Weeknd. That might explain why, when all together, the three of them create a sound that is undeniably air-tight. “Genres, styles and classifications be damned!” [The Dream Logic] gives credence to what can be accomplished when pursuit of music, any and all music, goes unabated or hindered by restraint. “ – Skope “The music here is densely constructed and deeply layered. But always with a captivating groove at the center of it. Jazzy, funky, freely sliding from one form to another unconsciously, the alchemy present among the players here is undeniable.” – Indie Music “The album pulls influences from all over the sonic soundscape and will have you grooving, raging and rocking out as the impressive 13 tracks resonate in your ears.” - jam bands dot com  “We re-examined the music several times to wrap our heads around the genius of this blend of rock, funk and jazz. We’ve determined that there’s an atmosphere of carefree jamming alongside impeccable skill. This dichotomy reads as both raw and elegant, a diamond in the rough, if you will.” - Boston Art Examiner