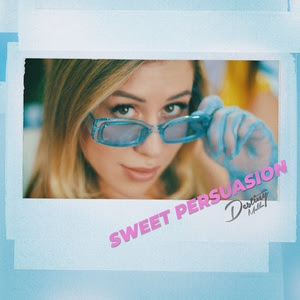 About Destiny Malibu: Singer/Songwriter/Musician/Speaker/Advocate Destiny was 5 years old when she first sang into a microphone. She recited the pledge of allegiance and sang her parts for a Tribute song for the 911 US tragedy. Destiny vividly recalls multiple performances at the time and many emotions. She remembers one of those times as waking up in the early morning hours to perform at a television station. Destiny’s mom, formerly a member of a successful Latin band, led the song accompanied by Destiny, her sister and classmates. This performance on Univision would be Destiny’s first television appearance and would be an experience that continues to quietly resonate in her songwriting and singing today. Destiny was taking piano lessons at the time of the Univision appearance. But her heart would soon be drawn to acoustic guitar. The sounds and touch of the strings on her guitar felt like home. After a few lessons and going over song writing with her Mom, Destiny wrote her first song, “A Million Kisses” at the age of 9. She was 10 when she recorded the song in her favorite recording studio and it was among other songs released soon after on an album. In Middle School and High School, Destiny's commitment to her songwriting, singing and performing was gaining attention and at 17 years old, she was offered and signed an Exclusive Songwriting contract with Burnett Music Group. Destiny says she knew then, that music, songwriting and performing would continue to be her life's passion. Destiny has performed at many popular venues like the House of Blues, the Viper Room in Los Angeles, at the Florida Music Festival, the Gorilla Music Festival, Texas Rock Fest, at Attica in Singapore and at over 30 High Schools and colleges in the US. She has also collaborated with the American Heart Association in bringing awareness of heart disease to Millennials and Gen Zers. She has partnered with such companies as John Paul Mitchell, Smule, the Embrase Foundation and AWOW (charity organization) among others and is open to collaborations and charity events. Destiny Malibu’s music and songwriting is a combination of Pop Music and R&B with a touch of EDM. She writes her music with the end purpose of portraying a positive image and to motivate her listeners and followers to find joy and peace in all stages of life. She is particularly an advocate of good mental health and you will find messages of hope and living life with a positive attitude throughout all her music. Destiny is truly a family friendly Artist who cares. Destiny has written over 150 songs to date and is releasing 27 of those songs in 2020. Her compilation album released January 3, 2020. Two of these 27 songs are bilingual and celebrate her Latin heritage on her mother’s side of the family and will be released this year. Her first single release of 2020, “Sweet Persuasion” out January 17, 2020 is a fun, energetic, playful song that encourages girls to enjoy dating while still playfully having boundaries and self-respect. In the Media · American Idol Contestant · Fox 5 San Diego · TLC · ABC · Hollywood Reporter · KFI AM640 · I Heart Radio · Named a “Top 25 Break Out Artist” by Shutter 16 Magazine · Nominated for Best Independent Pop Song & Music Video by Hollywood Music Media Awards