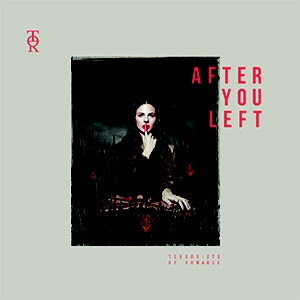 Terrorists Of Romance is the name that Vanessa Salvi, an Italian/Norwegian songwriter and artist, gave to her music project. The debut album has been released on September 13. The first two singles, ‘Always Choose Wrong’ and “Shine for Me” are available in all digital platforms. The album is titled ‘After you left’ and is dedicated to her father, who died in 2010. It forms an anthology in which Vanessa reveals some of her life stories with a touch of ironic romanticism and in which she also confesses her anxiety for being a mother (as in the song ‘My Little Man’). This work consists of 11 themes, they were composed in 2018 and produced in 2019 by renowned producer Manuel Colmenero. The official presentation of the album will take place in Barcelona during the month of October, and in Madrid in December. The songs move between different styles, but they all follow a common thread: alternative rock. The musical references of Vanessa are: Florence and the Machine, Elle King, Sharon Van Etten, among others. ‘Terrorists Of Romance’ is, in reality, the title of a song written by the artist years ago, but which has ended up being the final name of her musical project. Vanessa explains that it came from a thought “Actually, I was thinking about the innumerable ways in which a person can sabotage their sentimental relationships without even being aware of it. I guess most of us have been there … “