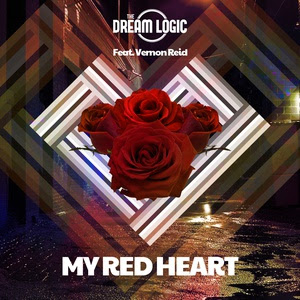 “Genres, styles and classifications be damned! The Dream Logic gives credence to what can be accomplished when pursuit of music, any and all music, goes unabated or hindered by restraint.  “ – Skope The Dream Logic is made up of composer, vocalist and multi-instrumentalist Charles Compo, drummer Camille Gainer and bassist Jerry Brooks. The band was founded in 2012 and released their first eponymous record in 2013, which featured Eric Krasno (Soulive) and James Casey (Trey Anastasio Band). Since then, they’ve received great acclaim as a dynamic and unpredictable trio who deal in impactful funk rock music. My Red Heart  features insanely creative and virtuosic guitar playing by the great Vernon Reid of Living Colour fame. Individually, the members of the band have shared the stage and credits with pop, funk and soul superstars alike; playing with artists that range from Alicia Keys and Christina Aguilera, to Roberta Flack and Martha Reeves, and composing for big names such as Camila Cabello, Twyla Tharp and The Weeknd. That might explain why, when all together, the three of them create a sound that is undeniably airtight.