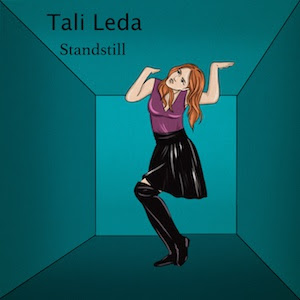 Tali Leda’s passion for singing and songwriting started at the ripe old age of seven, in a little apartment in Queens, New York, when she wrote her first original song "Another Peanut Butter Love Song." Tali’s adoration for peanut butter was poetically expressed in her first song. It's as if another John Lennon or Joni Mitchell was born. There's an interesting story behind Tali’s desire to pursue music as a career. Tali was adopted as a baby and her adoptive parents are wonderful people but don't have a musical bone in their bodies. Several years ago, Tali found her birth mother and discovered music was definitely in her DNA. Her mom was a singer, her biological father was a pianist and bass player and graduated from the prestigious Manhattan School of Music and her maternal grandfather was a percussionist for the Boston Symphony for many years. Tali’s captivating lyrics and addictive melodies has led to many of her original songs, under her former artist name Michele Jusko, being featured on major TV shows and in indie films. A few of her notable placements include Shameless (Showtime), Supergirl and Charmed (The CW) Madam Secretary (CBS) and Shark (CBS). Her songs were also finalists in the pop category for both The John Lennon Song Contest and The Billboard World Song Contest.