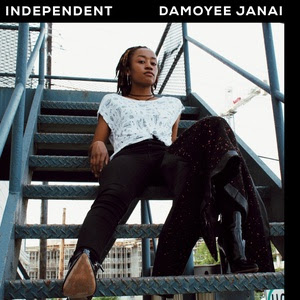 Damoyee Janai is an award-winning American musician, composer, singer, songwriter, producer and recording artist. She started studying piano, music theory and composition at the age of two and has the distinct and rare gift of absolute pitch. Damoyee Janai is a classically-trained multi-instrumentalist and vocalist with an affinity for jazz, R&B/soul and pop. Damoyee Janai independently released her ﬁrst album, titled Thankful, at age 13 for which she wrote the music and lyrics, performed piano, vocals and harmonies, and served as co-executive producer. When she was 16 years old, Damoyee Janai independently released a 12-track studio album, From the Bottom of My Heart. In addition to lyrics, music composition, vocals, piano and percussion, she produced the album. Damoyee Janai signed to State Fair Records in 2019 and has released two new singles under the label: Insane and Hold On. Damoyee Janai’s third album is scheduled to release in 2019. Damoyee Janai is an extraordinary music artist having earned recognition at the local, state, national and international levels for her work in vocal performance, piano and music composition. Damoyee Janai has performed at many venues of varying sizes throughout the Dallas/Fort Worth area and beyond, including headliner on the legendary main stages at House of Blues Dallas and The Hotel Cafe in Hollywood, CA. In 2019, Damoyee Janai performed at the 50th Anniversary New Orleans Jazz and Heritage Festival and at The Governors Ball Music Festival in New York City. Damoyee Janai was born October 4, 2000 in Dallas, Texas and raised in Arlington, Texas. She is an alumna of Booker T. Washington High School for the Performing and Visual Arts (Erykah Badu, Edie Brickell, Roy Hargrove, Norah Jones). She was awarded a full-tuition scholarship for 4 years to attend Berklee College of Music (Roy Hargrove, Lalah Hathaway, Quincy Jones, Diana Krall, John Mayer, Charlie Puth, Esperanza Spalding) beginning in the fall of 2019.

‘Maya Salafia’s new indie pop single, “Everlasting”, released on June 10, 2022, arrives just in time to embrace and rekindle not just summer love, but all love. You see the love swirling around you as the song’s softhearted lyrics cross over into your own personal love stories, and gracefully convey the complexities of love. Discover that the 18th August in Formula Indie