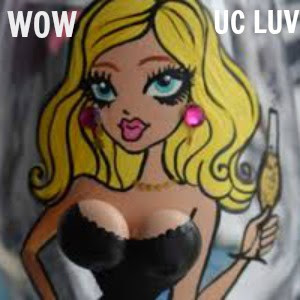 Ulysses Coleman, born in Los Angeles, California, has been doing music since the time he was eleven years of age. UC Luv has always made big moves towards perfecting his craft; from moving an audience of seven thousand people in 1992 at the Paramount Center in Seattle, WA opening for L.L COOL J, to producing and writing with artists on AWOL Records at age fifteen years old. He later joined up with the hip hop group Deuce4k in 2000 and finished their album title (It All makes Sense). The album had a single that billboard charted for sixteen weeks on Hip Hop R&b Single sales in the country in 2006. They then pushed another single named Great Child, which made some noise in Arkansas & Omaha, Nebraska. Deuce4k then completed their second album titled (Intergalactic), which did very well on the club charts Chicago, Seattle, Atlanta, Portland, South, Carolina and overseas. In 2009, Mid West Flawless Entertainment signed him to a deal and plans to do major things with him. He now plans to release his up coming 3rd solo album title (times of the essence) and currently getting major love from the top 4o station in Reno, Nevada z.93.7 FM. His group D4k recently won the freestyle battle live on air with Nathanile the animal & Dj Rewind. Feel free to call in and request the single Kool whipped performed by UC Luv on any station in your State, City or Country.