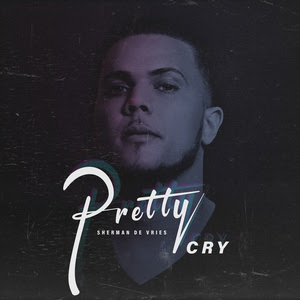 Born in St. Maarten, Local nominated producer and composer, Sherman de Vries also known as Ice began his musical career by studying production and Sound Design at the D’drive Music College in the Netherlands. After graduation, Ice relocated to Amsterdam and has produced for several artists through out the world. His production led to one of the singles-charting number one in Billboard magazine and also resulted in an American Beat Website nomination for Best Pop Instrumentals of the year. During his stay in the Netherlands, Ice teamed up with few other sound engineers, and has composed, produced and arranged songs for Recording artists under major labels. Recently, the dynamic duo successfully released singles and became one of the biggest Billboard Chart Toppers of 2010, having up to five songs in the same week on the top 20 charts including #1 and #2. Current productions and remixes on the top 10 chart include artists Da’ville, Jah Cure, John Michael, Hailee Araya, Viraldo and more. Ice has also produced, arranged and engineered numerous successful artists released by different labels in Europe and Asia. Ice strong commercial pop background has led him to projects involving song writing and production. As a songwriter, Ice also charted in Dance with hit songs for many high profile artists like Inna. He continues to produce, mix, master, engineer and also develop up and coming artists in different genres of music including: Pop, Dance, Hip hop. R&B, Reggae, Rock and Orchestral. Since relocating to the Netherlands, Ice has the opportunity to use his talent for visual media. His interest in music production within the visual media arena has resulted in scoring for feature films and documentaries. Ice diverse musical influences combine to create diverse scores and soundtracks from electro-pop to classical and orchestral arrangements.