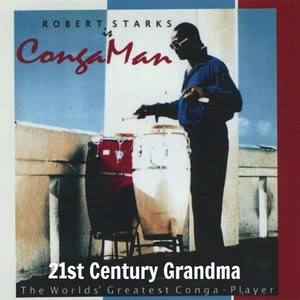 Bio For Artists Robert Starks percussionists. Begin as a Child and old Organ in my Grandmother’s House at age before 5 had to peddle it to get action. Later she sent me to a piano and vocal Teacher, where I performed in the choir, at about age 10 I continued and at about age 15 I transferred to My Father In the City of Detroit Michigan where he Sent Me to another Piano Vocal Coach. Mr. Ron De Laconyers. He drilled us continuously, I became Professional, I added Congas and became a Triple Percussionists. I performed as backup Artists J Davis & the Creations Dance band. The Mother waddles Chior Rhythm Unit, with Members of the Funk Brothers, The Big Band Lovell Moore Jr, The liquid Smoke Dance band. The New Holidays, Sweet James Little bo Bo & the fine young Men. The Taste Band. I also cut My First 45 RPM Called Space traveling. And continued In 79 I transferred to California and did Studio Artists Work and enrolled in Los Angeles City College and launched a Solo Career. And cut My First Album In 1980 Hot as lava Baby. And has persued a Solo career continually Artists Presently THE Robert Starks Invention Full Percussionists, Collovoce Organ & Timbrells.