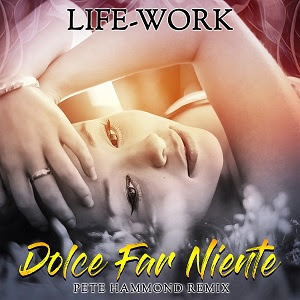 Genre Pop- Dance-Adult Contemporary Location Netherlands Label Indie Website Click Here Songwriter/Publisher Han Epskamp / BUMA/STEMRA / Han Epskamp Music Han Epskamp has been writing songs from the age of 10, but on a more professional level since 2000. In 2004 he reunited the female trio Mai Tai that performed his song  'Bring back the music' at the Dutch preselection of the Eurovision Songcontest. He founded Life-work in 2009 after producer Tim Ellis asked him late 2009 if he could use some help with the production of his songs. The first recording was the ballad 'Wonder where you are' with Karen Orchin. Pete Hammond turned the ballad into a dance smash. Another song 'My heart' was recorded and also remixed by Pete Hammond, followed by ‘You won't see my tears' which was especially written for Karen's voice. Three more singles followed, all with Karen as a lead singer and Pete remixed all three of them. Coming from North Ireland and a family of singers, Karen made her debut aged 2 at Butlins when her performance of Zippidy Do Dah set her on a track that has taken her through singing in pubs and clubs, numerous musical theatre roles and into the world of opera. At the Theatre Royal, Brighton, roles include Mabel (The Pirates of Penzance), Julie (Carousel), Yum Yum (Hot Mikado). At the Dome, Brighton, she has appeared as Maria (The Sound of Music) and Margo (Desert Song) and many more operas and musicals. Life-work is privileged to work with Pete 'Mixmaster' Hammond is, who is an icon in the British pop industry. He has an impressive list of hit productions on his name, not only as a remixer and producer for Stock, Aitken and Waterman, but also as a sound engineer, writer and musician.  Pete has been credited on 140 UK hits singles (11 of which were No. 1 and 55 were TOP 10) and countless albums between 1978 and 1995. Since remixing Alphabeat's "Boyfriend he has been asked to do 80's style remixes for a number of high profile acts. Pete has worked with Kylie, Rick Astley, Lonnie Gordon, Debbie Harry, Bananarama, Gloria Estefan, Donna Summer, ABC, Sinitta, Boney M & many more.

In a world of overnight sensations, ‘Rachel Brown’ has come from the road less traveled. In an era where most singers are “auto-tuned,” manufactured and packaged for entertainment value, Rachel Brown brings the total package to the table; A powerful, yet sophisticated blend of beauty and exceptional NATURAL vocal talent. Discover ‘Rise Again’ the 31st May in Formula Indie

This track is the true turning point ‘No Idols’ career! While this song was made in a matter of a few hours, This song showed him how much fun making music can be when you’re not tying yourself to a certain vibe, a “niche” sound, something you no longer feel you want to be perceived as. Discover ‘Sweet Spot’ the 31st May in Formula Indie

The album “Trials and Errors were recorded out of a quaint home studio in Fallriver, Massachusetts. The writing and production were done by Adam Araujo. The album was done on a very low budget with half-broken guitars a 15-year-old synthesizer and a yoga mat used as a vocal booth. The point being even small low budget studios can make some beautiful sounds. The album is about life and learning from the mistakes that we may have made, and optimism about the future. Discover ‘This is it’ by ‘DaeMarcus’ the 30th May in Formula Indie

Written by the perspective of ‘Ricky Rique’, Ricky Rique has been hit by Cupid’s arrow or in this case, Cupid’s “Love Gun”. Ricky is feeling love drunk as he admires his love interest. The singer describes how infatuated he his over his partner. A relatable puppy love tale with a fresh r&b/pop style delivering a catchy, soulful chorus. Discover that the 30th May in Formula Indie