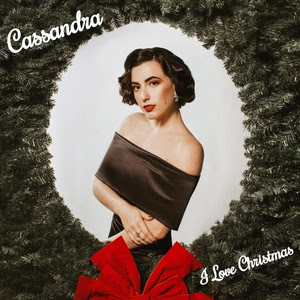 “I Love Christmas” by Cassandra All proceeds are going to Amnesty International. Cassandra is a Recording Artist from Niagara-On-The-Lake, Ontario. She is currently pursuing a songwriting and recording career and is being mentored and advised by accomplished Nashville songwriter and artist developer Kris Bergsnes (Tim McGraw, Wynonna Judd, Justin Moore, Tyler Farr, Randy Travis…). She has written over 120 songs with acclaimed writers such as Kalsey Kulyk, James Slater (Grammy nominated, Carrie Underwood, Martina McBride, Enrique Iglesias…), Chris Boardman (6 time Emmy winner, Barbra Streisand, Celine Dion…), and Andy Gibson (Jason Aldean, Kelly Clarkson). She has had songs cut by Arielle, Sydney Maxine, and Noah Barlass. Cassandra’s favourite performance yet was a duet with Keith Urban on his “Raise Em’ Up Tour” in front of nearly 24,000 people. Recently, she opened for hit Canadian Country Artists, Aaron Pritchett, Kira Isabella, and David James, in Niagara Falls. She had the pleasure of singing background vocals on the Texas #1 hit, “Restless” by Jake Ward. After graduating from high school, Cassandra was hired by Royal Caribbean Cruise Lines as a lead singer on the Independence of the Seas. She performed in 3 main theatre productions in front of audiences of more than 4,000 guests per cruise. In addition to the large productions, she also did regular performances in the Jazz Lounge as a lead singer, and on the Royal Promenade with a live band. Cassandra toured in Europe and the Caribbean for almost a year. After returning from her tour, Cassandra decided to pursue a career as a solo artist. During this time, she wrote and recorded “Bring It Home” for CBC’s Hockey Night In Canada SongQuest and was featured on several Hockey Night In Canada broadcasts with viewership exceeding 6 million. With over 25 of her original songs already produced and recorded, she has comprised her best work into an EP for release in 2020. *The “I Love Christmas” Music Video will be released this month!* -Filmed in Toronto with DaVinci Cinema Productions Mixed by Dave Pensado, Mastered by Colin Leonard at SING mastering, and produced and arranged by Bobby Hamrick.