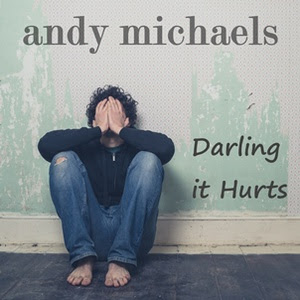 Andy Michaels is well known for his wonderful journey from surviving an incapacitating car accident to that of an internationally recognized contemporary/pop songwriter. He belongs to Perth, Western Australia, and has released several mesmerizing music albums in the last few years. Each has a deep sense of melody with poignant lyrics that has helped him to be at the forefront of multiple genres in the music industry worldwide. Andy went through a critical time after suffering from a serious car accident when he was just in his teenage years. This life threatening experience motivated him to pick up a guitar which ignited a musical spark deep inside his heart. Since then, he has written, recorded and released more than 100 songs, which have received universal critical acclaim and obtained a huge response from listeners around the globe. People admire him not just for his melodic compilations; rather, for delivering insightful, powerful, and thought-provoking lyrics. With his music constantly being played all around the world in over 70 countries, Andy Michaels is soon set to start touring again. As of now, he has had delivered amazing performances around Australia as well as in Asia, including China. Described as a once in a generation Artist, listeners say that Michaels is one of those rare musical Artists that touch their soul and heart directly with his deep lyrics and haunting melodies After receiving 5 star reviews around the world with the ground breaking “Revisited”, Andy Michaels returns with a vengeance to deliver another powerful, deep, and melodic album ‘Incendiary Heart’. The single "Darling it Hurts" is the opening song on the Album. Like most songs on the The 14 track adult contemporary/pop album, it features thought-provoking lyricism with a musically nostalgic feel of the 70s and 80s. Moreover, the arrangements deliver a perfect contemporary modern style vibe of country, rock and pop. The Album ‘Incendiary Heart’ has it all and was recently described as “Cat Stevens meets Pink Floyd and David Bowie”