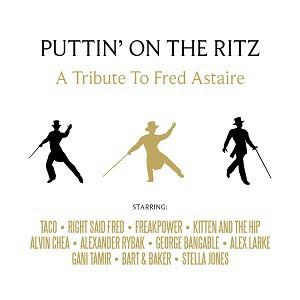 Freak Power was a band founded by bassist Norman Cook (later to become known as Fatboy Slim), Ashley Slater (the trombonist with the anarchic British jazz big band Loose Tubes), and vocalist Jesse Graham, also known as "the Bass Cadet." Their music was a mix of acid jazz with funk and soul, along with trip hop. The single "Turn On, Tune In, Cop Out" was a minor hit in UK Singles Chart when originally released in 1993. There was renewed interest in the track after TV exposure in the 1995 Levi's jeans television advert "Taxi" directed by Baillie Walsh. The band released two albums: Drive-Thru Booty in 1994 and More Of Everything For Everybody in 1996. The debut album featured the hit singles "Turn On, Tune In, Cop Out" and "Rush" released on 4th and Broadway. The title of the song is a play on Timothy Leary's "Turn on, tune in, drop out". Fast forward twenty something years, and Ashley Slater is back with a Freakpower band which is more energetic than the original, and features some of the great original players from the early Freakpower and Microgroove days. The current line-up is Ashley Slater on vocals and trombone, Dale Davis on bass, Tony Remy on guitar, Carly Bryant on keyboards, Adam Bushell on drums, Kate Cameron and Nicola Bright-Thomas on backing vocals. Their set is powerful, energetic and lyrically, still annoyingly timely. As well as some of their older tunes, they will also play new material, with their new EP release 'Peace Through War' coming out in March 2018. For the album “Puttin´On The Ritz – A Tribute To Fred Astaire” Freakpower recorded “The Afterbeat”. Rare music from Fred Astaire's 1959 TV special "An Evening with Fred Astaire". Written by Fred, himself, with Johnny Mercer.