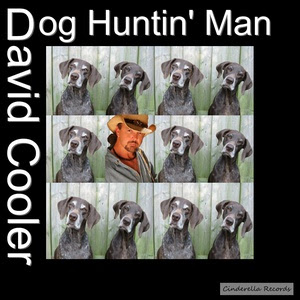 David Cooler, a two time winner of the Carolina Music Awards, “Country Male Vocalist” of the Year 2008 and 2009. He has shared the stage with many artists including: Willie Nelson, Kenny Chesney, Rodney Adkins, John Anderson, Gretchen Wilson, Montgomery Gentry, Kansas, Zach Brown, Colt Ford and many more. Born and raised in Bamberg, South Carolina he has continued to hone, not only his songwriting skills, but his vocals and musicianship. David is recognised as being one of the best guitarists and vocalists in country music. This has not gone unnoticed and he has built up an impressive fan base in the USA. David says, “My music spans most genres and my stories churn out a soulful rock music mix which has a country, R ‘n’ B and bluesy style. My music is a form of self-expression and communication: it flows from within.” David was recently signed to UK music publisher, Tabitha Music Limited and his music is now picking up airplay across Europe and Asia as well as other parts of the world. He is currently on a round of interviews on radio stations in England, Ireland, Portugal and the US. Graham Sclater CEO, Tabitha Music Limited said, “I really believe that someone with David’s genuine all round talent will soon be recognised worldwide. He is a superb songwriter, not only with his non-contrived country songs but other styles, which for a pro-active music publisher is a wonderful writer to have in your stable. Stephen Wrench and his team at US based Musik & Film will be working with us to promote him to more than 250,000 radio stations across the world.” His songs, “Dog huntin’ man,” “Home” and the attached track “Country to the bone” have already been aired on many radio stations in the United States but now they will be heard across the world. The original recording of his classic track, ”Country to the bone” was in excess of six minutes long and it was decided to edit to increase his prominence across the airwaves. Enjoy David’s edited version of his track “County to the bone” TABCDS 201, (GBLBK1500164) and look out for his new album, coming soon on Tabitha Records. It was decided to include both versions in this DPK for those presenters and DJ’s that dare play the full version.