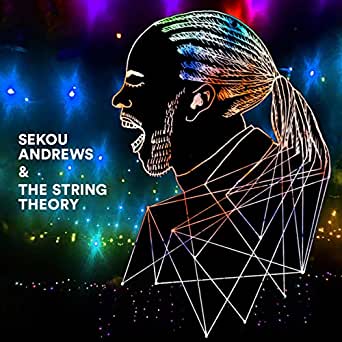 Sekou Andrews is one of the most successful spoken word poets in the world. A school-teacher turned award-winning recording artist and two-time national poetry slam champion, any given day may now find Sekou keynoting at a Fortune 500 company, inspiring thousands at a concert, or performing for Barack Obama in Oprah’s backyard. Sekou’s 17-year career as a full time poet is rich with trailblazing, spanning from music to business. Sekou innovated a new category of public speaking called "Poetic Voice", that seamlessly fuses inspirational speaking with spoken word poetry. His poetic keynotes are in such high demand with leading brands like Google, Toyota, Nike, Paypal, Viacom, EA Games and Microsoft that Forbes has called him “the defacto poet laureate of corporate America.” Sekou has been featured on national media outlets, including ABC, MSNBC, HBO, Showtime, MTV and BET, has presented privately for such luminaries as Larry King, Quincy Jones, Hillary Clinton, and Maya Angelou, and has shared the stage with music heavyweights Stevie Wonder, Jay-Z, Maroon 5, and Kendrick Lamar to name but a few. He is also the creator of the Stage Might™ speaker training system that teaches rockstar performance secrets to speakers and business leaders. Having the speaking industry with spoken word, Sekou has now set his sights on the music industry. His latest, genre-bending album of poetry paired with a neo-classical orchestra from Europe, has just made him the first contemporary spoken word poet to be nominated for the Best Spoken Word Album GRAMMY®. Sekou has dedicated his career to pioneering a commercially-viable industry for spoken word poetry, bringing the art form to global stages and converting hundreds of thousands of fans who had previously dismissed the genre. An inspiring artist and relentless innovator, Sekou Andrews is disrupting industries and defying limitations with spoken word poetry.