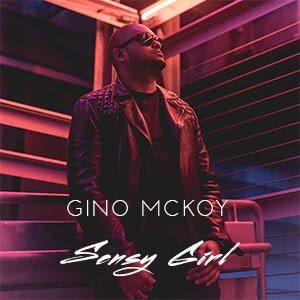 Maybe once in a generation an extraordinary musical talent emerges onto the global music scene. Gino McKoy is making a strong case to be included in that shortlist of memorable artists in history. He's not only a singer/ songwriter but also an upcoming Hollywood filmmaker. He released his debut EP "LUMINA", which demonstrates not only a testament to his talent but versatility with his three debut songs, "Sensy Girl", "Everything to me" and "Runaway". Which many music critics have been raving about in the US. A number of industry heavyweights have drawn comparisons to music legends such as Michael Jackson and Stevie Wonder, to name a few. Gino collaborated with many music legends on the LUMINA EP. The collaborators include Grammy award winning mixing engineers Mick Guzauski and Bob Clearmountain. The legendary, Greg Phillinganes (Michael Jackson’s longtime musical director and arranger), producer and Oscar nominee David Kershenbaum and renowned mastering engineer Bernie Grundman. Greg Phillinganes praised Gino as a “multi-talented visionary and gifted singer-songwriter...a genuine asset." Mick Guzauski calls Gino "immensely talented...world class." The “Sensy Girl” music video, which was directed, produced and choreographed by Gino, topped Tempo Networks’ music video countdown charts for over five weeks in over 24 countries. The three singles will be included in the wide-release feature film LUMINA, which Gino wrote and will direct. LUMINA will be released to 2,500+ screens in North America in 2020 by Entertainment Studios Motion Pictures, and distributed worldwide to all territories. Gino and Goldove's music publishing is with BMG Worldwide. His first original composition was played at the 2006 FIFA World Cup to one billion listeners. It garnered critical acclaim on BBC Radio and The New York Times. Canadian Producer Nick Blagona suggested Gino relocate to LA to pursue his music career because of his exceptional talent. Legendary Producer, David Kershenbaum and Arranger/musical director Greg Phillinganes have signed on to produce Gino’s debut album with very high expectations. Despite battling through discrimination, IP theft and other obstacles, Gino has made tremendous progress throughout but never gave up fighting for what he loves and what he was born to do.