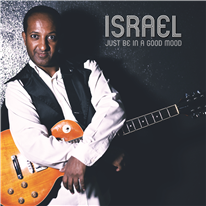 Francesco Di Leone in art Israel, originally from Italy, was born in Addis Ababa (Ethiopia) on 20 September 1966. He has lived since the age of nine in Monterubiaglio, a fraction of Orvieto in the province of Terni and, after six years, he moves to Rome. He studied self-taught dance and in the same period he devoted himself to writing musical texts, composing and arranging songs at various recording studios. He has always been influenced by different musical genres, including: soul, funky, reggae, R&B and afrobeat. After a apprenticeship made live around Italy, he released the single JUST BE IN A GOOD MOOD, on radio from 18 October 2019.