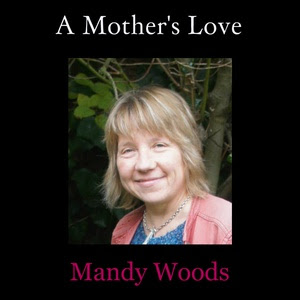 British singer songwriter Mandy Woods grew up in Oxford, England, but lived for a decade in Austin, Texas, where her writing and performing really took off. Although she has been back in the UK for a number of years now, her songs retain a flavour of Americana, combined with a British folk influence. ‘Mandy’s created a really strong vibe that’s all her own’, according to Sleeping Bag Studios’ review of her album All Along, and her lyrics have been described as ‘poignant, sensitive and clever’. ‘A Mother’s Love’ draws on her more recent experience, as well as that of her friends, of coping with elderly parents and the inevitability of loss. She is joined on the recording of ‘A Mother’s Love’ by three accomplished musicians: Harry Brzezinski (dobro); Jane Griffiths (violin); and Linda Benton (cello).