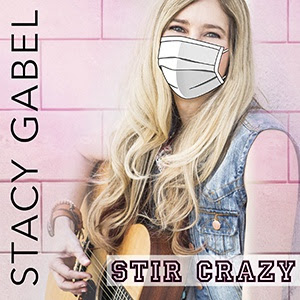 Spotify link for Stir Crazy: https://open.spotify.com/album/2bOFgBhbiaM6NYwcDpSlK1?si=8l_PiggwQQWVk_3MAowvFQ www.stacygabel.com Stacy is an accomplished performer, recording artist, and award winning singer-songwriter from the Lehigh Valley, Pennsylvania. She has released several singles and her newest single, "High Heeled Shoes" is available worldwide on all digital platforms along with the official music video on YouTube. Stacy is extremely professional and dependable.  She holds a degree in Television production and is a graduate of AMDA (American Musical and Dramatic Academy in NYC).  She is a former TV promo producer & writer at Nickelodeon/MTV Networks in NYC and Los Angeles and is a member of SAG/AFTRA.  She has appeared in TV & film roles including "Charmed" and "General Hospital" to name a few.  Her main passion is performing and entertaining by singing and playing acoustic guitar to all ages. Stacy is a local fan favorite in Pennsylvania.  She won several awards including two Global Music Award for Lyricist, Song, and musician.  She also won the top Fans Choice Award, Discovered Artist, Outstanding Female artist, Outstanding All Around Performer and Best Song at the Lehigh Valley Music Awards in 2017, 2018 and 2019. Stacy can be typically seen touring and performing at festivals, local wineries, resorts, theaters and sporting events, and now virtually as well.  She did her first tour outside of Pennsylvania in February 2020 to perform for Women Entrepreneurial conference and other venues in the Tampa, Florida area.  She always looks forward to meeting new faces and making new fans!!