Venezuela heavy metal says hello while the National rock anthem from the band Grand Bite is climbing the charts. In the early 80s the band’s founder and lead guitarrist Andrés Guzmán, came up with would be the band’s iconic song and has always been played live in every show in the over 40 year carreer called “Larga Vida al rock and roll.By the end of 2020, the band decides to launch the song in English so it could be heard in other countries and is available for digital download throughout Wolf Entertainment.
Nowadays the reactions and excitement can be felt and Andres Guzman quotes “A very big surprise, news and joy for Grand Bite that our song Long Live Rock and Roll appears in the 101 spot in the European Indie Chart, and we are overwhlemed by it. We are very thankful and we hope that the song keeps climbing the charts and are very honored to all our european listeners for your support. Even though we are 41 years old, the band will never stop working with all our hearts for all of you. LONG LIVE ROCK AND ROLL!”
Singer Joseph de Luca quotes:”After so many years of constant efforts in music, I have realized that it has it’s deserved value, I feel really happy that the European crowd has had such a great recepction with our legendary song Long Live rock and roll. This impulses us to keep on working with new stuff from the band”
This is only the begining, pretty soon the band promises more songs to keep enjoying real classical heavy metal. So stay tuned and follow the band in
Facebook: Grand Bite 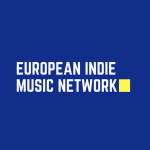 Newyorker ‘Jackie Marchal’ take female alt-rock to the another lever with ‘Juniper EP’, extracted single ‘Mother’ setted up to debut in Formula Indie the 27th October

Benny S is back with ‘Step Up’ a brilliant group feat. S.L.I, J-Dill & Joshy

Sarantos – Every Songwriter Needs To Spend Some Nights Here In Nashville

Again and Again Vix20 That Power POP Band exudes utter brilliance with another banger of a song!

Charles Boulevard Is Back With New Single “Boulevard Of Broken Dreams”

Again and Again Vix20 That Power POP Band Exudes Utter Brilliance With Another Banger Of A Aong!